2019 Shanghai Blockchain Annual Event with the theme of “Work Together for the Future” was held on 21st December in Shanghai. Approximately 180 people from government, industry associations, experts, representatives from member unit etc. were invited to participate the event, including Mr. Terry Liu and Mr. Robert Feng, the CEO and chief architect of Shanghai VoneChain Information Technology Co., Ltd. In this event, VoneChain Technology was awarded the “Best Growing Award” as our technical and business ability were highly acknowledged in the industry, whereas for individual award, Mr. Robert Feng, our chief architect was awarded the “New Talent Award”. 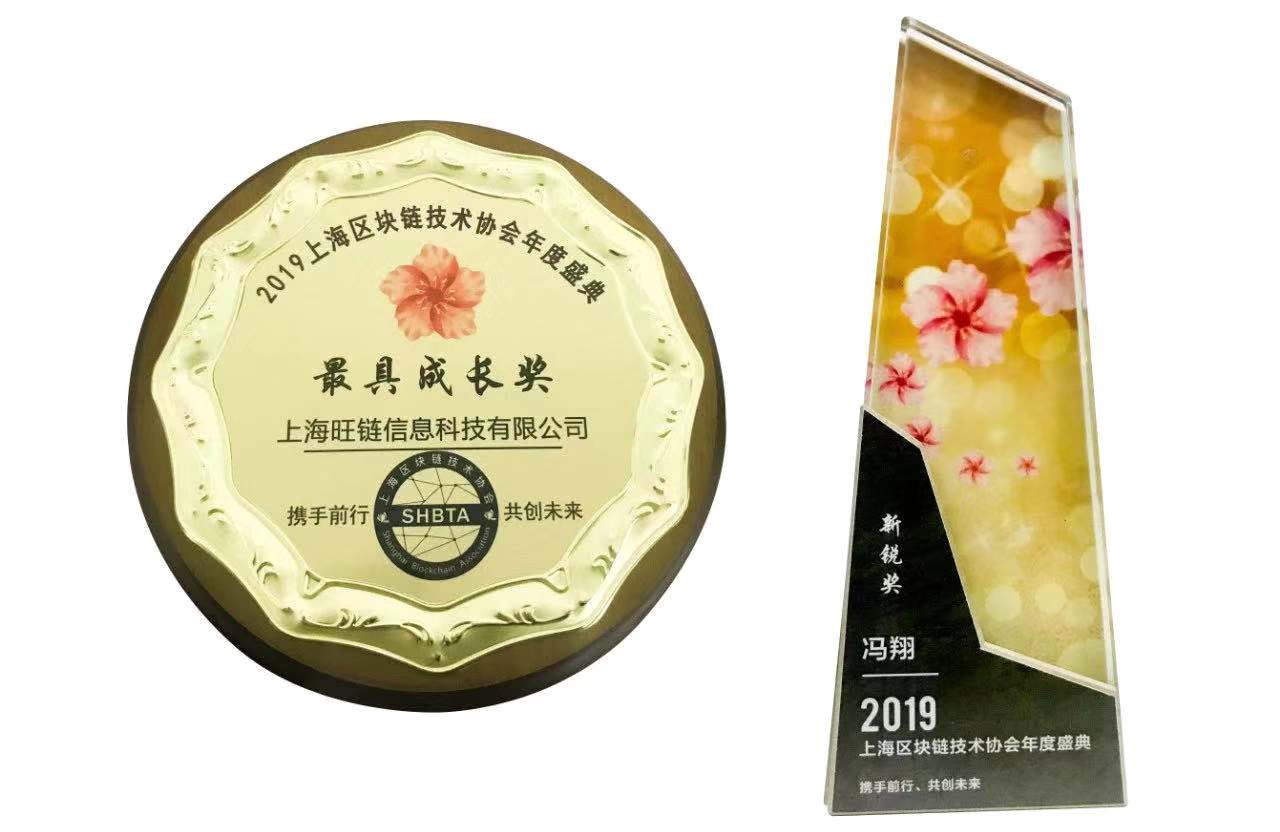 Currently, the whole world has welcomed a new round of technological and industrial revolution unprecedentedly, and reshaping of international industrial structure has also sped up. Being the important component of digital economy underlying technology, data basis that blockchain relies on is growing stronger, not only information environment faced improves continuously, but self-efficiency and security also increases continuously. Under multiple promotions from policy, funds and market, combination of blockchain and real application has been widely used and gradually portrayed as an important support in elevating modernization level of national governance system and governance ability.

We feel honoured to be awarded as the “Best Growing Enterprise”. Being as the early developer of blockchain industry, VoneChain Technology has been working hard in blockchain technical research in order to serve real economy and make blockchain truly developed in different industries through underlying technical platform.

Currently, era of large-scale application feature in blockchain has arrived, and combined development with many types of advanced technology has become an inevitable trend. This feature will definitely be able to increase growth of various industries which are based on decentralized trust and value transfer, and eventually produce a brand new blockchain industrial chain and ecosphere. Next, VoneChain Technology will continuously deepen the interaction and cooperation with partners in the industry in order to promote application landing of blockchain technology together in different scenarios, explore more industrial application scenarios and help facilitating development of blockchain industry in Shanghai.

In year 2019, VoneChain Technology had established branches in Ningbo and Changsha, and at the same time, Top 7 Solutions which continuously empower real industry have improved the business arrangement ability. Thus, our professional capability has been highly acknowledged in the industry and causes number of clients to increase. After one week, we will be welcoming year 2020, and in brand new year, VoneChain Technology will continue to undergo further research on blockchain, develop blockchain technology down-to-earth, expand new industrial application landing scenarios of blockchain and make more contributions in facilitating rapid development in industry.