As the core technology of Internet of Value, blockchain is leading a new round of technological and industry changes in global. In order to implement an important spirit of speech, which is “Take blockchain as an important breakthrough of core technological innovation, accelerate the innovative development of blockchain technology and industry”, China Blockchain Technology and Industry Development Forum & The 4th Blockchain Development Conference was held in Beijing International Convention Center (BICC) on 26th December 2019. The main theme of conference was “Standard Leading, Innovative Application” as it covered the latest and hottest topics from all industries and aimed to reveal the entire development of China blockchain innovation to developers by various dimensions starting from blockchain landing application, landing prospects, industrial investment to ecological development of blockchain. The entire conference was reported by many renowned media. 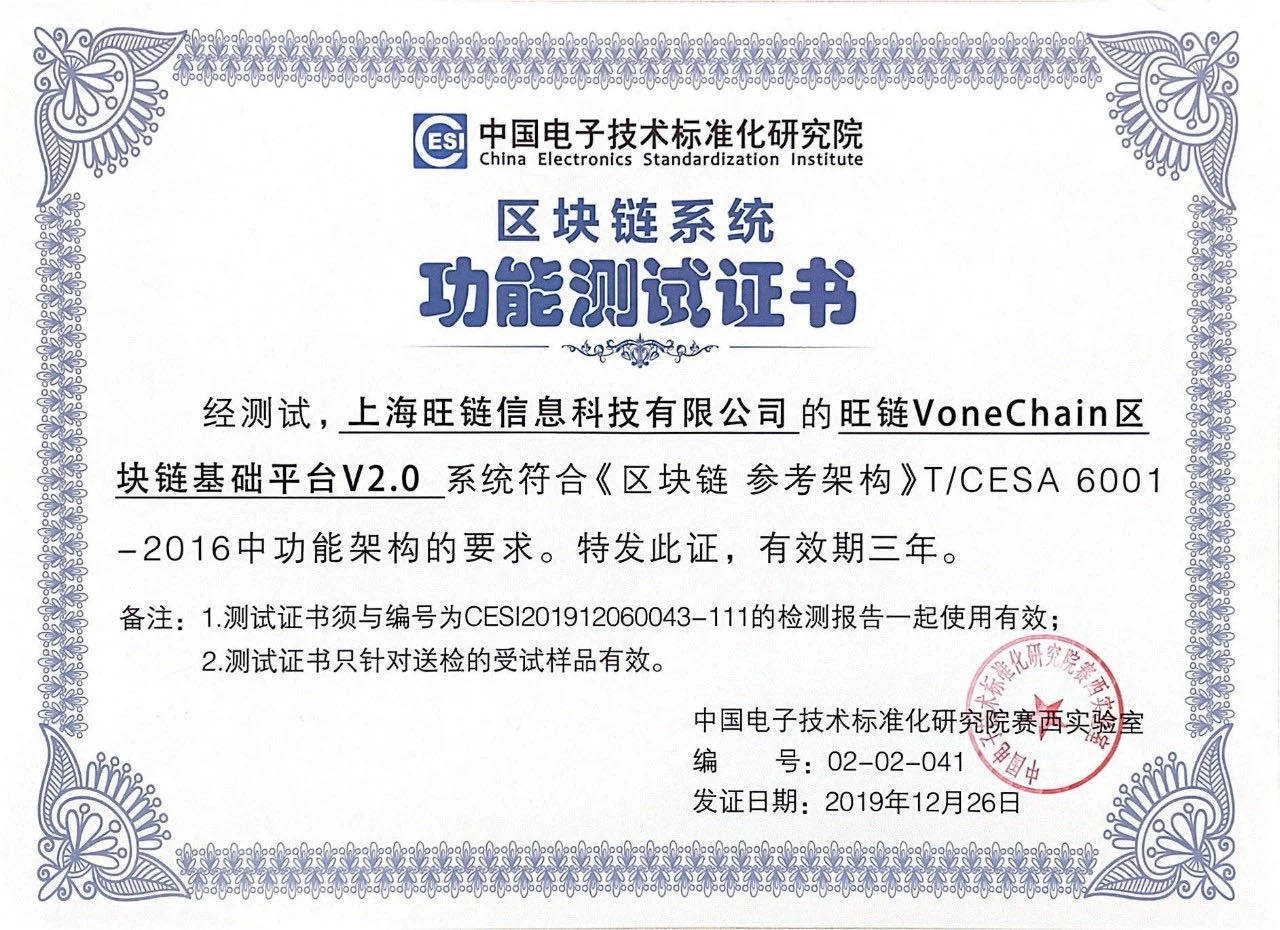 Followed by the burgeoning development of blockchain technology and application in the last two years, blockchain which portrays as the “value connector” emerges as an important technical support for transformation from information Internet to Internet of Value. In order to speed up industrialization process of blockchain in our country, facilitate self-development ability of blockchain key technology in local, ensure quality of blockchain system, facilitate positive development of blockchain technology and industry, as the responsible unit of ISO/TC 307 (Blockchain and Distributed Bookkeeping Technology) Technical Committee of International Organization for Standardization in China, China Electronics Standardization Institute had issued the first blockchain standard namely “Blockchain Reference Architecture” since May 2017 and developed “Blockchain System Functional Testing Program” based on the above standard. Thus, the first functional testing of blockchain system in national-level had developed to entire blockchain industry in local.

Functional testing of blockchain system organizes the most authorized experts in industry to carry out strict site test towards blockchain system that participates the test based on international standard and the highest professional standard in industry. After that, the experts will undergo detailed investigation and test towards the main participants of blockchain, core functional components and blockchain ecosystem etc. according to the main contents stipulated in “Blockchain Reference Architecture” and through the description of blockchain user view and function view. Finally, they will provide the most authoritative evaluations.

VoneChain Blockchain Infrastructure V2.0 performed outstandingly in this evaluation and passed all tests successfully. Experts had reached a mutual agreement that VoneChain Blockchain Infrastructure V2.0 had fulfilled the requirements of evaluation, because not only we satisfied the requirements of national authority unit towards domestically made and self-studied blockchain technology, but also achieved leading level in local in terms of security, function and performance.